June 22, 2022
Press ReleaseCommunity
ST. JOSEPH, MI – A partnership between Twin City Players and the Berrien Artist Guild brings two productions to the Box Factory for the Arts stage on the last weekend in July and the first weekend in August. Scotland Road by Jeffrey Hatcher will be performed at 7:30 p.m. on Thursday, July 28 through Saturday, July 30 and at 2 p.m. on Sunday, July 31.
Then at 7:30 p.m. on Thursday, August 4 through Saturday, August 6, and at 2 p.m. on Sunday, August 7, Women and War by Jack Hilton Cunningham will bring a “moving and poignant scrapbook of the American war experience” to the Box Factory stage. Financial support for the productions was provided by a Berrien Community Foundation "For Good" grant.
Online tickets with reserved cabaret seating at $15 and general admission of $12 are available at TicketStripe. Go to
https://ticketstripe.com/scotlandroad for Scotland Road tickets and https://ticketstripe.com/womenandwar for Women and War.
Scotland Road
Presented by special arrangement with Dramatists Play Service, Scotland Road, finds a young woman in the last decade of the 20th century floating on an iceberg in the middle of the North Atlantic. When rescued she says only one word: Titanic. During the course of the play, an expert on the sinking of the liner tries to get the woman named Winifred to confess she is a fake and reveal her true identity.
“A subtle play of ideas masquerading wonderfully as an edge of your seat mystery, Hatcher’s insights are perceptive, satisfying and a bit unsettling.” – Minneapolis Star-Tribune
Women and War
Women and War, presented by arrangement with Concord Theatricals on behalf of Samuel French, Inc., is a collection of fictional stories based on historical fact told by generations of Americans impacted by conflicts from The Great War to the War in Afghanistan. These are tales of sacrifice, love, determination and hope told by those who bravely persevered on the home front and on the battlefield.

“Awe inspiring. Playwright Cunningham is a magician delivering the internal voices of multiple generations of women who served as wives, nurses, sweethearts and officers spanning from WWI to Afghanistan.” – United Stages 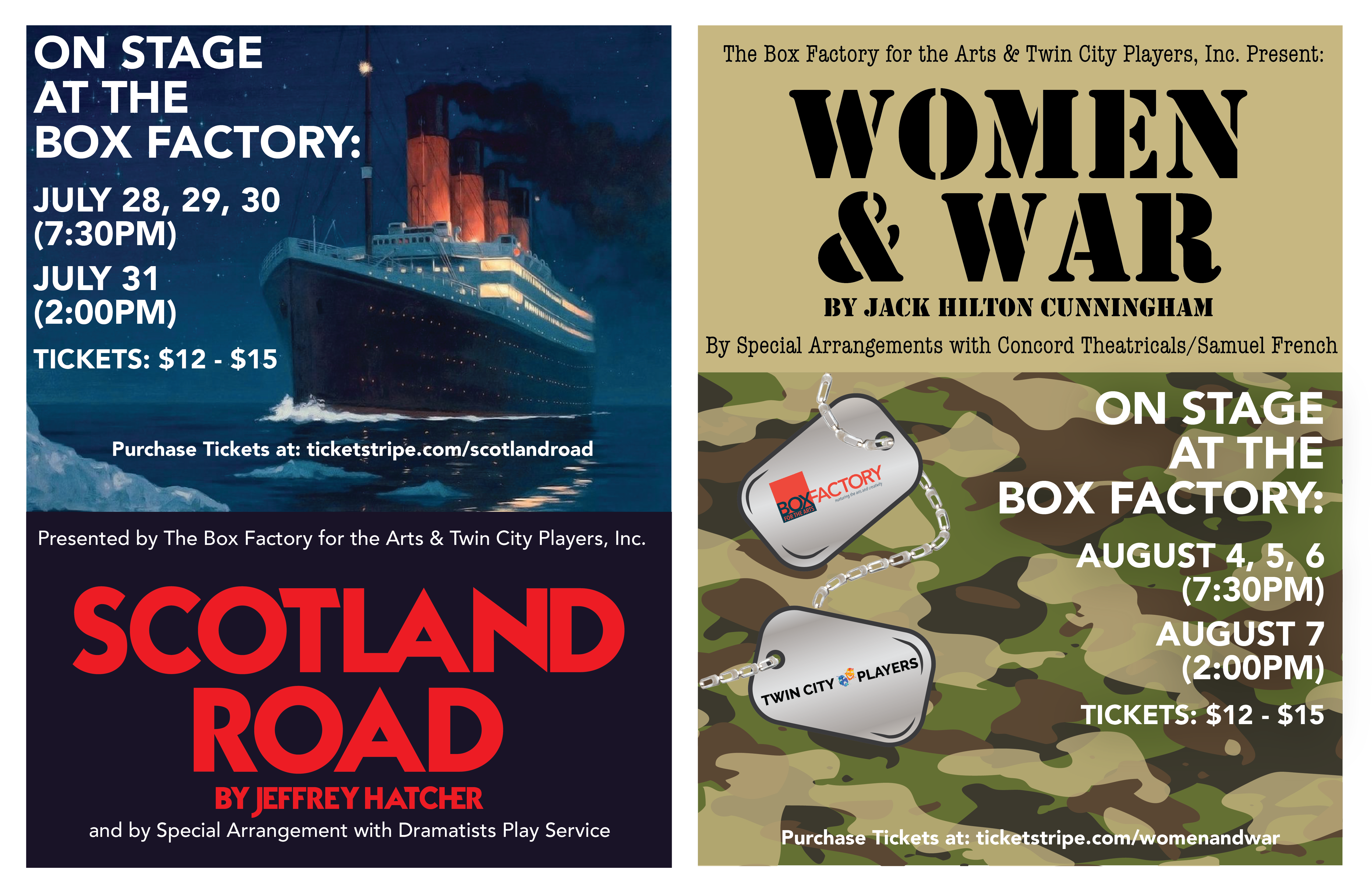