The concert at the Shadowland Pavilion at Silver Beach begins at 6:30 pm with Music Director Matthew Aubin conducting. Gates will open at 5:30 pm and you will want to arrive early for the fun and festivities planned for the show.

“I think the combination of the music will be familiar especially for multiple generations of movie goers,” Aubin said. “With this concert, the music is meant to be super recognizable, but in its authentic form. It’s the same Star Wars music they hear in the movie; it’s something special, with that big brass sound.”

Aubin said that toward the end of the program some of the music being played was classical first and has been appropriated for movies.

“A good example is the Waltz from Sleeping Beauty. It was a part of the Tchaikovsky ballet before movies were invented; the music makes us feel young yet it is close to 150 years old,” he explained.

“Whenever we do a Pops concert we want to get people excited and be able to recognize that orchestra music is a part of their daily life, but they don’t know it, Aubin said. “If I can sprinkle in some of these crossover hits like Sleeping Beauty, it’s good.”

In addition to listening to the beautiful melodies played by the SMSO, there will also be costumed characters to interact with the audience - come early to have your picture taken with Aurora from Sleeping Beauty or Elsa from Frozen!

This is a charming concert that has something for the whole family.

Four food trucks will also be on site and will have a variety of food and beverages that can be purchased. Trucks that will be there are Brian the Munchie Man, Lost Coast Shave Ice, Lou’s Red Hot, Nola Roux and Wood Stock & Grill.

What: Music for the Young at Heart

Sponsors: The Symphony is only able to present events with the support of the community. While their support takes many forms, we are particularly grateful for our event sponsors: The

Scholl Foundation, Michigan Arts and Culture Council, and the National Endowment for the Arts. 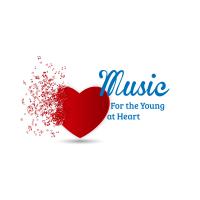