Jazz, rock, pop, and chamber music in the spotlight during the Fall Instrumental Concert


Jazz, rock, pop, and chamber music in the spotlight during the Fall Instrumental Concert


BENTON HARBOR, Mich. – The Lake Michigan College Visual & Performing Arts Department has an evening of jazz, pop, rock, and chamber music planned during its Fall Instrumental Concert at 7 p.m. Wednesday, Nov. 30. The concert will be held in the LMC Mendel Center Hanson Theatre on the Benton Harbor Campus located at 2755 E. Napier Ave.
Groups performing are LMC Jazz Band directed by Dr. Robert Lunn, LMC Rock/Pop Ensemble directed by Don Savoie, and Instrumental Chamber Ensemble directed by Dr. Abigail Koo. Each group is comprised of LMC students and community members
LMC Jazz Band will play a collection of classic jazz numbers including “Freddie Freeloader,” “My Favorite Things,” and “Road Song.” LMC Jazz Band focuses its repertoire on classical jazz styles, big band/swing era music, and the occasional rock arrangement.
LMC Pop/Rock Ensemble will time travel through radio favorites as they feature Aurelia Davis on vocals during the ‘60s classic “Me and Bobby McGee” written by Kris Kristofferson and originally performed by Janis Joplin. They will also explore the fabled grunge era of rock with the Alice in Chains classic “Rooster” with Andy Lunn on lead vocals and guitar. The LMC Pop/Rock Ensemble is a true rock stage band performing music from classic rock hits to contemporary rock.
Instrumental Chamber Ensemble is a unique instrumentation of winds and strings. Musical arrangements are focused on classical string quartet selections that have been arranged to accommodate the instrumentation. Pieces planned for the fall concert are “Pirates of the Caribbean” and “Gabriel’s Oboe.”
Admission is free and open to the public. For more information about the LMC Visual and Performing Arts department and performances, visit lakemichigancollege.edu/arts, email mmccaffrey@lakemichigancollege.edu, or call 269-927-8876.

About the Lake Michigan College Visual & Performing Arts Department
The Visual & Performing Arts department allows students to reach new levels of excellence through classroom instruction and public performance. The program is based in the Lake Michigan College Mendel Center, the only performing arts center of its kind in southwest Michigan. Here, LMC students have opportunities to study theatre, instrumental and vocal music, dance, drawing, painting, and more in a venue that attracts more than 100,000 patrons annually.

Auditions are held for select ensembles that perform on the same stages as world-renowned touring acts. Students in any major also have opportunities to audition for Broadway musicals and plays and join three different vocal ensembles, string and wind ensembles, a pop-rock ensemble, drumline, and jazz band. One of only two colleges in Michigan to carry the prestigious All-Steinway designation, LMC has a team of highly qualified professors that bring real-world expertise to the classroom. 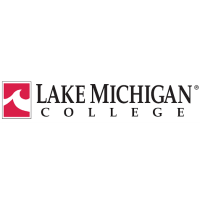