BERRIEN SPRINGS, MICHIGAN – NOVEMBER 22, 2022 – Honor Credit Union is thrilled to announce the winners of its 13th Annual Teacher Awards. With each year that passes, the Annual Teacher Awards
continue to grow, and 2022 was no exception with the addition of two new communities in the Grand
Rapids Region (Allendale and Jenison). In turn, Honor increased its total number of teachers awarded
from 70 winners to 86 winners and brought in nearly 1,000 entries from educators across its 28-member
center communities.

From the surplus of entries received, Honor included an additional 35 Honorable Mentions, totaling
$20,700, awarded to 121 educators across Michigan.

Providing solutions for financial success and giving back to the communities we serve remain the driving
forces behind Honor Credit Union. For more information, call 800.442.2800, or visit www.honorcu.com. 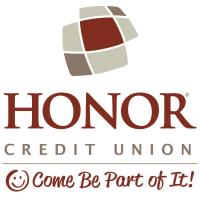