Henry Winkler to speak at the Mendel Center Nov. 8 as part of The Economic Club of Southwestern Michigan Speaker Series

Henry Winkler to speak at the Mendel Center Nov. 8 as part of The Economic Club of Southwestern Michigan Speaker Series

Winkler has enjoyed more than four decades of success in Hollywood and is in demand as an actor, producer, and director.

He co-stars as acting teacher Gene Cousineau on the hit HBO dark comedy, “Barry.” In 2018, he won his first Primetime Emmy Award for Best Supporting Actor in a Comedy for his role in the series, which stars Emmy Award-winning actor Bill Hader. He also won the Television Critics Choice Award for Best Supporting Actor in a Comedy Series and received nominations for a Golden Globe and SAG Award. He was nominated again for an Emmy in 2019 and 2022. The series returned for a third season in April 2022 and has been renewed for a fourth season.

A 1973 audition in Los Angeles forever changed the life of the Yale School of Drama graduate when producer Garry Marshall and Tom Miller cast Winkler in the iconic role of Arthur Fonzarelli, aka “The Fonz,” in the TV series “Happy Days.” During his 10 years on the popular sitcom, he won two Golden Globe Awards, was nominated three times for an Emmy Award and was also honored with a star on the Hollywood Walk of Fame. His famous leather jacket and Fonzie’s lunch box became part of an exhibit at the Smithsonian Museum in 1980.

His guest role in the ABC series “The Practice” earned him an Emmy Award nomination, and he also starred in the CBS sitcom “Out of Practice.” His guest-star roles have included “Numb3rs,” “The Bob Newhart Show,” “Third Watch,” “Crossing Jordan,” and “Law and Order: SVU,” and the Hallmark Channel holiday movie “The Most Wonderful Time of the Year.”

Recently, he has become a much sought-after voice actor, having lent his talent to such shows as “Human Resources,” “Rugrats,” “Monsters at Work,” “Duck Tails,” “Central Park,” “American Dad,” “Guardians of the Galaxy,” “All Hail King Julien,” “Puppy Dog Pals,” “South Park,” “King of the Hill,” “Family Guy,” “The Simpsons,” and “Clifford: The Puppy Years,” for which he received a Daytime Emmy Award.

His most recent screen role is in “Family Squares.” Some of his other notable roles include Wes Anderson’s “The French Dispatch,” “On the Count of Three,” “Pink Skies Ahead,” “Night Shift,” “Here Comes the Boom,” “The Waterboy,” “Click,” “The Lords of Flatbush,” “Heroes,” “Holes,” and “Scream.”

Winkler also has made his mark as a producer and director behind the scenes. He has executive produced or produced TV series and specials for 19 years, including “MacGyver,” “So Weird,” “Mr. Sunshine,” “Sightings,” “A Family Again,” “All Kids Do It” (which won him a Daytime Emmy Award), “Ryan’s Four,” “Scandal Sheet,” and the ABC documentary “Who Are the DeBolts and Where Did They Get 19 Kids?,” which won the prestigious Humanitas Prize. He has directed several movies, including “Memories of Me,” starring Billy Crystal and the late Alan King, and “Cop and a Half,” starring the late Burt Reynolds.

Beyond stage and screen, Winkler is a best-selling author. His first book, “Niagara Falls or Does It? Hank Zipper the World’s Greatest Underachiever,” became a “New York Times” bestseller. It was inspired by his struggles throughout his education due to undiagnosed dyslexia. The book became so popular it grew into a series of 28 novels. He and his co-author Lin Oliver have written 37 children’s novels. Their newest trilogy, “Alien Superstar,” has become an instant “New York Times” bestseller.

An advocate for quality children’s programming, Winkler has also produced countless projects for young audiences, including “Happily Ever After” for PBS and its sequel “Two Daddies to Love Me.” Additional specials include “Run, Don’t Walk” and “All Kids Do It” about teenage drunk driving.

Winkler has received accolades from prestigious organizations, including B’nai B’rith, Peace Prize by the United Nations, and Women in Film’s Norma Zarky Humanitarian Award, presented to both Winkler and his wife, Stacey, for their tireless efforts to the “improvement of the human condition.” He also received the Chevallier de l’Ordre des Artes et Lettres, the French government’s highest honor. In addition, Winkler was one of 10 individuals honored by AARP with their 2010 Inspire Award.

During “An Evening with Henry Winkler,” he will share humorous anecdotes and inspirational lessons based on his life and storied career in television and entertainment.

High school and college students are invited to attend a free Student Q&A session with Henry Winkler at 6:25 p.m. in Grand Upton Hall. Registration is strongly encouraged at www.TheMendelCenter.com/events.

About The Economic Club of Southwestern Michigan Speaker Series

Established in 1943, the Economic Club of Southwestern Michigan has brought more than 430 world leaders, policy makers, experts, and other newsmakers to the region. Its goal is to provide unique opportunities for personal and community growth. By presenting national and international speakers from a wide range of fields and expertise, this non-partisan series is dedicated to the discussion of social, economic, and public policy questions important in today’s complex society.

About The Mendel Center at Lake Michigan College

The Mendel Center raised the curtain on its first Mainstage season performance in the fall of 1992. Since that time, it has presented Mainstage season performances to more than half a million patrons in the 1,559-seat Mendel Center Mainstage Theatre. Grand Upton Hall, first opened in 1979 and fully renovated in 2019, is a 13,700-square-foot venue serving the community as the host site for meetings, banquets, trade shows, weddings, and other celebrations. The 229-seat Hanson Theatre, which was renovated in 2020, is home to the Lake Michigan College Visual & Performing Arts Departments as well as a variety of Mendel Center and community events.

Preferred Partner Hotels: The Inn at Harbor Shores and The Boulevard Inn & Bistro 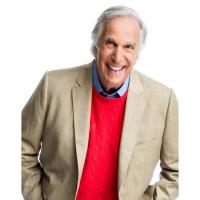