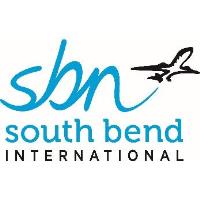 Media must arrive promptly at 11:40 a.m. and report to Airport Information, located across from the United ticket counter near baggage claim, to be escorted onto the ramp. Late arrivals cannot be accommodated.

The twice daily nonstop flights to EWR will continue seasonally until December 3, 2019.

United has also added more flights and seats to coincide with the University of Notre Dame football schedule. Round-trip point-to-point flights coming to SBN include:

“As more and more travelers are choosing to fly local through SBN, we are thrilled United Airlines is returning their seasonal service from Newark Airport and has added special flights for football season,” said SBN’s executive director, Mike Daigle. “Through the end of the year, United has nearly 9% more flights in and out of South Bend year over year which equates to more than 9100 additional seats compared to 2018.”

United also operates daily flights from SBN to Chicago’s O’Hare International Airport (ORD). Tickets for all flights are on sale at united.com.

For additional information, please refer to flySBN.com or get social with SBN on Facebook (www.facebook.com/FlySBN), Twitter (@SBNairport) or Instagram (@SBNairport) to stay informed about the airport and the carriers that serve the South Bend region.

United's shared purpose is "Connecting People. Uniting the World." We are more focused than ever on our commitment to customers through a series of innovations and improvements designed to help build a great experience: Every customer. Every flight. Every day. Together, United Airlines and United Express operate approximately 4,900 flights a day to 356 airports across five continents. In 2018, United and United Express operated more than 1.7 million flights carrying more than 158 million customers. United is proud to have the world's most comprehensive route network, including U.S. mainland hubs in Chicago, Denver, Houston, Los Angeles, New York/Newark, San Francisco and Washington, D.C. United operates 783 mainline aircraft and the airline's United Express carriers operate 561 regional aircraft. United is a founding member of Star Alliance, which provides service to 193 countries via 28 member airlines. For more information, visit united.com, follow @United on Twitter and Instagram or connect on Facebook. The common stock of United's parent, United Airlines Holdings, Inc., is traded on the Nasdaq under the symbol "UAL".